STORY OF A UTILITY PLAYER 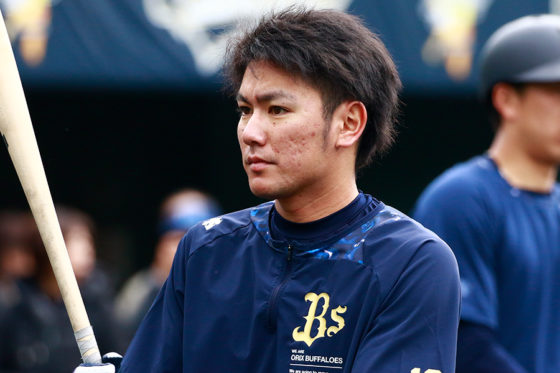 TOKYO.- A two-time high school champion member will get a chance to join the Samurai Japan. According to Sports Hochi, manager Inaba of Samurai Japan have listed up Koji Ohshiro of Orix Buffaloes as one of the final candidates of the roster for the exhibition match against Team Mexico.

He was born in Toyomigusuku, Okinawa on 14th, June 1993. He started baseball when he was a 1st grader. After he entered high school, he played regularly from the autumn of his freshman year, while other regular players were junior year. He and his teammates proved how amazing thing this has been by winning both of Spring and Summer tournaments, which was never done since 1998 Yokohama High School with Senior-year Dice-K Matsuzaka. However, in his senior year, he couldn’t reach Koshien because he lost the semifinal of Okinawa tournament against Chubu Shogyo. The main pitcher of the opponent was Shinzaburo Tawata, the Pacific League wins leader last year.

After his high school career, he chose to go to Rikkyo University of Tokyo big 6 league. He played regularly since his freshman year and 112 hits is the record of whole college history.

In October 2015, the Orix Buffaloes picked him in the 3rd round of NPB draft. The jersey number, which is meaningful in Japan, was 10 which just became vacant due to retirement of Yoshitomo Tani.

Even though his student baseball career has been brilliant, his professional career has been mainly as a utility player. During his first 3 years, he played all of CF, SS, 3B and 2B. Many fans blamed at manager Fukura at that time and honestly so did I. However, this made it reasonful to list up a batter who never marked .250 or higher batting average and only 6 homeruns in 3 years.

Ohshiro is just like Luis Cruz. He has played in many positions to get a chance in MLB even though his main position is SS.
In March, you should pay attention to the utility teammate of Joey Meneses.